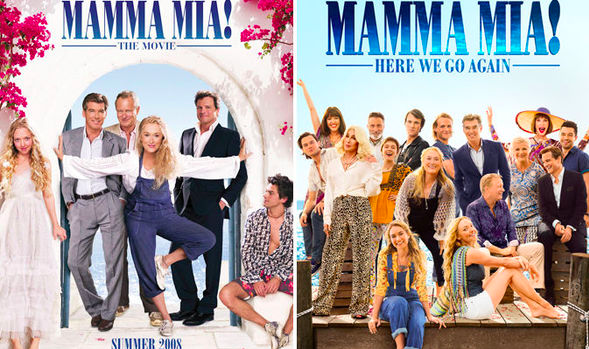 “Mamma Mia! Here We Go Again is a Flop — OPINION

The original “Mamma Mia!” hits different than the sequel.

We all know, and many love, “Mamma Mia!” Not only the musical, but the movie as well. We waited 10 years for “Mamma Mia! Here We Go Again.” Some were thrilled, and others skeptical of the film. This is my opinion on both.

I’ve always had a certain fondness for “Mamma Mia!” for as long as I can remember. Whether it was the music to sing along to or the dances I tried to recreate, I always remember being happy when I watched it.

I associate “Mamma Mia” with many fond memories, some from my childhood, and some even up until recently. It reminds me of the fun times I had as a child singing and dancing along with the music, and when Molly McFadden and I watched together to get ideas for her senior solo in choir.

The actors and actresses are also nothing short of phenomenal. Of course, the queen herself Meryl Streep is the main character. I’m also a huge fan of Amanda Seyfried and Christina Barinski. They both bring a certain vibe to the party.

The first movie was full of iconic songs, with even more iconic dance numbers. “Voulez Vous,” in its entirety, was nothing short of a masterpiece. Overall, “Mamma Mia” is a fun movie that can spice up any girl’s night.

“Mamma Mia! Here We Go Again” was a long time coming, and to say I was juiced would be an understatement. I had been waiting for this moment for what seemed like my whole life. Actually watching the movie was almost a letdown. I shouldn’t have gotten so excited for something that I knew deep down could not be the original.

The storylines and plot were almost completely different. For starters, Donna wasn’t really in the second film. This was already a devastating blow to my perception of the second film. Going from having Meryl Streep in almost every scene and dance number, to only having her in a few songs, as a ghost, seemed too drastic for my brain to comprehend the gravity of the situation.

The music was another thing I was concerned about going in to watch the second movie. “Mamma Mia! Here We Go Again” had good songs, but I wasn’t a fan of its version of Waterloo. I prefer the song in the original, even if it was a hidden song at the end.

I was enthused when Cher was brought in to the second, but again, the storyline did not match up. That was the only issue I saw with that. Fernando set a certain tone that most of the other songs in the movie could not. I don’t know if it was because Cher put me in a trance or what. All I know is that her singing made me feel some type of way.

One of the things that upset me the most in the second film in regards to storyline issues, was the fact that Donna met Sam, Bill, and Harry at different times. I don’t know if it was a choice to try and make the plot seem more interesting, but I was definitely a little shook.

In the end, I wasn’t too upset with how the sequel ended. Although I would still watch the original over it any day of the week,  I think it is definitely worth a watch if you have not seen it already. I don’t see myself as a “Mamma Mia!” purist, but the second definitely had room for improvement. They had 10 years to make another movie and this is what we got? It just seems a little too much for me.