Here are my top ten songs of the last decade. 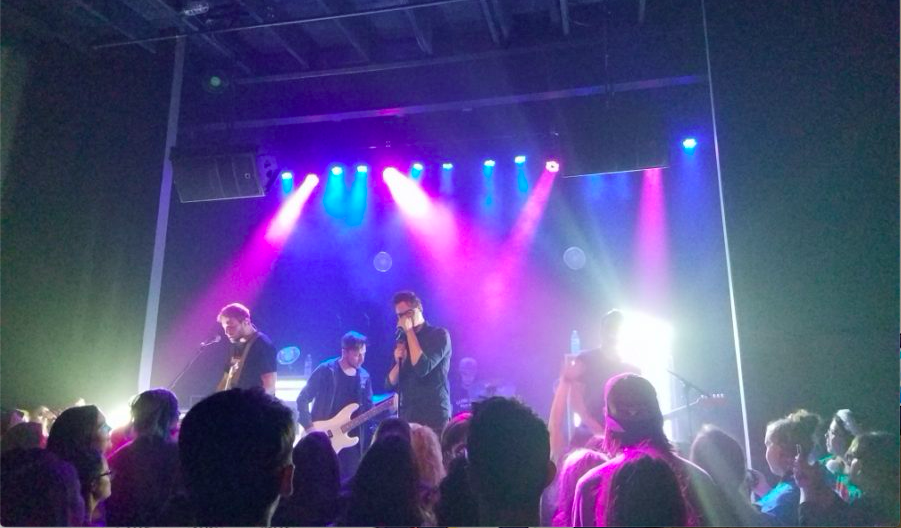 The Wrecks perform a set during the last part of the 2010 decade in Omaha, Neb. The Wrecks are from Thousand Oaks, Calif.

I don’t usually spend my time listening to music that has been released after 2012. I felt like some music lost the originality by using more electronics and autotune in it. With autotune, the emotions are lost. Everything sounds fake.

I’m not saying the technological advancements are bad or anything, I’m just saying people have stopped using it in an original way. Here are some songs from the 2010s I feel have used new technologies in a more original way than most.

“Father of All” was released on Tuesday, Sept. 10, 2019 and is a part of Green Day’s 13th studio album, which is set to release on Friday, Feb. 7, 2020. It is the title track for the album. Green Day is the founding band of the pop-punk subgenre of music and have been around since 1986.

I chose this song because I like the way it sounds. Billie Joe Armstrong, the lead singer of Green Day, said the song is kind of political, but also deals with depression. Personally, I just like listening to this song without really thinking of the meanings behind the lyrics.

Listen to “Father of All” here.

“Forget You” is the family-friendly version of Cee Lo Green’s biggest hit. “Forget You” is from Green’s album, “The Lady Killer.” This absolute bop was released on Aug. 19, 2010 and is extremely catchy. The song has been featured in “The Muppets,” “Glee,” and makes an appearance on “Just Dance 3.”

I chose this song because it dominated the radio waves while most of us in the high school were in elementary school. Also, it is probably one of the catchiest songs ever. This is also a really fun song to play in pep band, and marching band.

Listen to “Forget You” here.

This song, performed and written by Bruno Mars, was released on Feb. 15, 2011 as a single. It is a part of Mars’ debut album, “Doo-Wops and Hooligans.” “The Lazy Song” followed up “Just the Way You Are” and “Grenade” as singles for the album. Mars’ third single peaked at number four on the Billboard Hot 100.

This song is pretty much just as the title says: a song about being lazy.

“The Lazy Song” is another one of my childhood anthems. For a while, I knew it word for word. I’m not sure if that is impressive or sad. Probably sad. Anyway, it’s another catchy song that came out of this decade.

Listen to “The Lazy Song” here.

7. “Cigarette Daydreams” by Cage the Elephant

Released on Aug. 26, 2014, “Cigarette Daydreams” finds itself at number seven on this list.

This song was released on the Red Hot Chili Peppers’ latest album, “The Getaway,” on June 17, 2016. This song started out as a simple bassline Flea would play often. This song is also about enjoying the smaller things in life, like driving down a highway.

“The Getaway” is probably one of my favorite albums to listen to while I’m driving because all of the songs are calm and relaxing. This song especially makes me feel like I can go anywhere and do anything. For me, it’s a good song to listen to if I need to calm down.

5. “Head Above Water” by Avril Lavigne

This song, released on Sept. 19, 2018, was Avril Lavigne’s first single in three years. This song is about her battle with Lyme disease. Lyme disease is transmitted by ticks and treated by antibiotics, when it is diagnosed correctly. Lavigne almost died because of the disease.

Listen to “Head Above Water” here.

“Dark Necessities” is also featured on the 2016 album “The Getaway.” It was the first single for the album. It topped Billboard’s Rock Airplay, Alternative, Mainstream Rock, and Adult Alternative charts. On the Hot 100, the song peaked at 67.

Anthony Kiedis, a member of the Red Hot Chili Peppers, wrote this song about the darkness that is inside his head, including his struggles with addiction.

This song is probably my favorite tune on “The Getaway.” It has funky basslines and extremely catchy verses. The track lasts just over five minutes, and every second is enjoyable. It’s a fantastic song.

This song was released on Dec. 15, 2015, and is on the album “Blackstar.” Released on Jan. 8, 2016, “Blackstar” was put out just two days before David Bowie’s tragic departure from this world. Many people think this song was Bowie’s way of saying goodbye before he passed on. I am one of those people.

I chose this particular song on this album, partially because of the conspiracy behind it and partially because it actually makes me really sad whenever I listen to it. Kind of like Johnny Cash’s “Hurt,” you can hear the dying man in this song and it pulls at your heartstrings.

This was not my original number two song, but this track definitely deserves to be on this list. “James Dean” was released in 2018 on The Wrecks’ first EP, “Panic Vertigo.” This song is about a party the lead singer’s (Nick Anderson) first year in school. According to the song, he was caught by his mom and that made him uncool.

All of The Wrecks’ songs sound different. From “Favorite Liar” to “Freaking Out,” they have a song for everyone. Personally, I love all of their songs. The first journalism story I ever wrote was a review of their concert at Reverb Lounge on Nov. 1, 2017. I would definitely recommend this rock ‘n’ roll tune.

“Take What You Want” by Post Malone ft. Ozzy Osbourne

1. “Freaking Out” by The Wrecks

“Freaking Out” was released in June 2019. It was The Wrecks’ first single since promising their fans an album in 2018, which is said to release in March 2020. Come on, guys. The Wrecks released their first EP in 2016 titled “We Are The Wrecks” with the songs “Favorite Liar,” “Turn It Up,” and “I Don’t Like You.”

I chose this untraditional psychedelic tune because it quickly became one of my favorite songs the first day of its release. The Wrecks are an interesting group of musicians with a pretty comical background, like breaking into a recording studio to make their first EP. I would recommend giving this song a listen, if you don’t like it, that’s okay. I have yet to meet a person who doesn’t though. Just sayin’.

Listen to “Freaking Out” here.