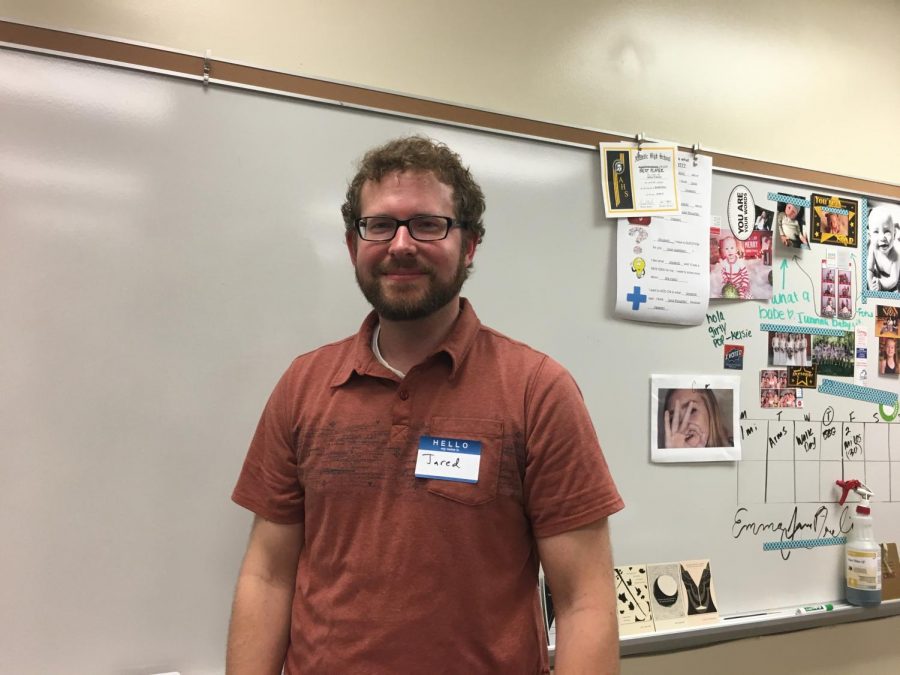 Former AHS graduate Jared Strong walked through familiar halls once again when he visited for Career Day. Strong attended Iowa State University after graduating high school, which is where he found his interest in writing. After he graduated from ISU with a degree in journalism, he began working at the Des Moines Register.

Strong worked at The Register for five years before transferring to the Carroll Daily Times Herald, writing in the Crime and Courts section. He has written a wide variety of stories, from a man getting stuck naked in a chimney to a woman arrested for urinating in a court parking lot. However, Strong has also written more pressing stories, such as a police officer having an intimate relationship with a minor. The officer tried to sue Strong for being a liability, but the judge found no reasoning. “I’m still a bad guy in some people’s eyes,” Strong said.

Throughout his 13 years of being a journalist, Strong often “errs on giving too much information than shy away from it.” He is never afraid to follow stories, which has led him to Colorado and even an abandoned farm 10 miles outside of Carroll. “It’s worth it to take a risk on a crazy person sometimes,” he said.