The Atlantic archery team took first place at state in the 2022 tournament. 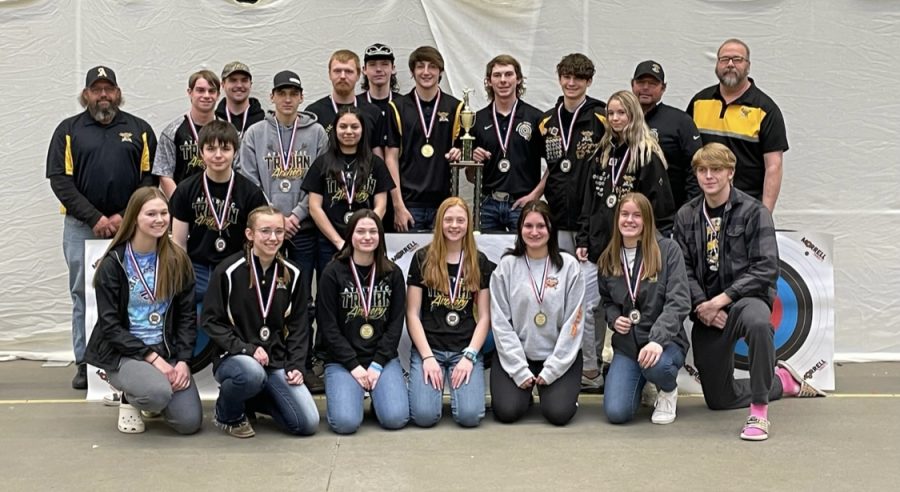 WINNING- The archers pose for a picture. Before heading to state, the Archers walked the halls with pride while fellow students cheered them on.

The Atlantic High School archery team went to state March 5 and 6 in Des Moines at the state fairgrounds. The team had a strong season and went to the state tournament with high hopes for success.

As the archers rest for a week before preparing for nationals, the parents and coaches will have a meeting on March 8 about traveling to Salt Lake City, Utah. On the 16th, the mayor wants to meet with the state champions. This is a big opportunity for the archers.