The archers competed in Kansas City and now prepare for the state tournament in Des Moines. 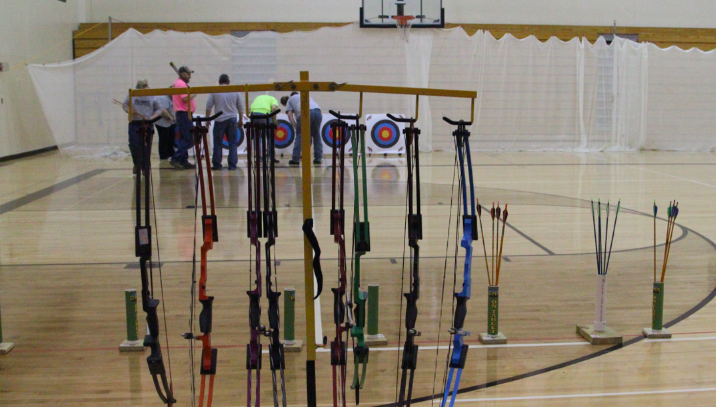 Pictured above is the equipment used for archery.

The archery team traveled to Kansas City, MO on Feb. 18-20 for the Border Wars tournament. This tournament put nine different states head to head, and Atlantic came out victorious. The entire team took second place with 3,330 points total, and senior Cooper Jipsen placed first in the high school male division with a score of 295, five points away from a perfect score.

Jipsen has been doing archery since sixth grade. He joined because his older brother was in the sport and he wanted to better his archery skills for his hunting passion. Junior Josie Colton has been in archery for five years. She also joined because of older siblings that participated in the sport.

Both said the season has gone very well this year. ¨We have had a couple of tournaments where we went into a little slump but we hope to come out of that for post-season tournaments,” Jipsen said. The tournament in Kansas City set the stage and ¨gave us a good idea of how we should perform at state and national tournaments.” State takes place the first weekend in March, and the team hopes to make it to the national tournament this year.

The archers encourage anyone to try out archery during high school. Colton said, ¨It is very fun, not so time-consuming, and it’s comfortable. There’s never a moment that I felt uncomfortable or judged.”