Most of the older generation tend to try and force others into having children, yet fail to realize the amount of neglect or abuse that tends to run rampant in homes. 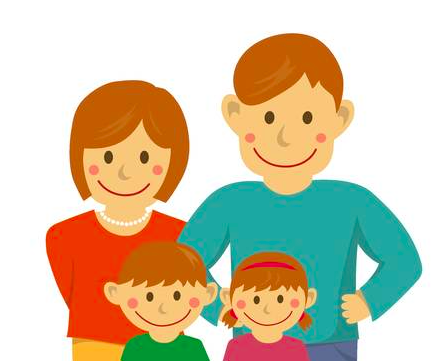 While kids can definitely improve someone’s life, many people rush into a family-scenario without properly thinking it through first. This often leads to a lack of resources, time, or understanding in regards to their children.

The “American Dream.” A nuclear family stuffed into a suffocating box that consists of a happy middle-class mother, father, son, and daughter. Something that has been drilled into several generations of society, causing a variety of issues as people who should not have offspring begin to try and fit themselves into this impossible aesthetic. This leads to a multitude of misfortunes. From parents trying to force social stipulations upon their children as if playing with dolls, to parents who immediately abandon the scene once it’s apparent that kids aren’t their thing. Some people don’t even realize how costly and time-consuming a family can be. Society’s idea of a “perfect family” is detrimental in every aspect. Especially when it’s advertised via TV, media, and other platforms that make people believe that it’s the only way of life.

The world tends to romanticize the idea of having children. From soccer moms telling all their friends that having kids is the best thing in the world, to super models showcasing their new babies as if it’s a trophy, the way society functions around kids is appalling to say the least. A false utopia. Older generations especially tend to push the notion that every young lady needs to have kids in order to satisfy the “normalities” of life. What they fail to acknowledge, though, is the amount of parents who simply are not fit to be parents.

Some people, once their kid is old enough to comprehend basic commands, begin to immediately try to dominate that kid’s life. Instead of a child they become a doll. A tool for the parent to use and idealize, desperately trying to force it through meticulous training in order to achieve success without any regard to the child’s mental health. This forced-life often leads to a variety of mental health issues that the parent often ignores or pushes aside, unwilling to admit that their baby is anything other than perfect. Strict schedules. Several rules. No breathing room.

On the other end of the spectrum, there are people who have children despite either having no care for them, learning they take too much effort, leech money out of the government, or simply to remain engaged to their spouse. These people, if they stay around rather than abandon the family, tend to treat their kids as punching bags, releasing pent-up frustration on the unsuspecting child. Instead of meticulously scrutinizing everything their kid does to ensure perfection, the kid is simply neglected and often forgot about. Left to fend for themselves to learn how to make food, do chores, and survive within their own home.

The media often fails to portray all of these negative outcomes of their forced ideology. Instead, they take their rose-covered glasses and gracefully try to continue telling people that the family aesthetic is one that everyone simply must try at some point. This doesn’t even include those who identify as LGBT+ with no interest in children at all, nor does it identify the sheer amount of kids left without foster homes. I believe that people shouldn’t try and force others into having kids. We all live our own lives with our own idea of happiness, and some people simply can’t handle the prospect of offspring.