While being in love is one of the most wonderful feelings, a holiday abusing the emotion for easy money and developing harsh social customs is pitiful at best. 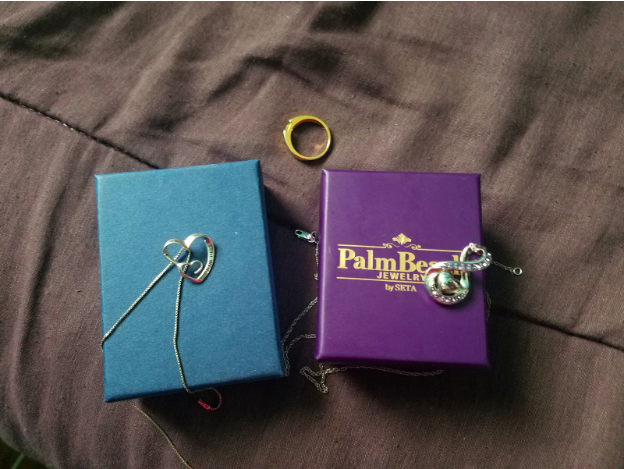 Many people buy jewelry for their beloved on Valentine’s Day; a cost that quickly adds up. Meanwhile the social customs that wrap around Valentine’s Day can be detrimental in many aspects, especially for the poor or people of minority. Our media should showcase more interracial and LGBTQ+ members in their advertising and holiday shenanigans.

Contrary to what others may believe, I am not inherently biased against love or Valentine’s Day. In fact, I would consider myself to be a rather emotionally weak person. However, the capitalistic stigma that surrounds the “holiday” is beyond abhorrent. Don’t celebrate it? Suddenly you’re labeled as cold-hearted and full of hatred. Can’t afford to feed into the social norms that companies decree vital for the event? A good chunk of people now look down on others for their failure to “properly” go through the steps of the holiday.

While it isn’t a bad thing to treat your significant other with gifts, chocolate, dates, etc, I find it strange that people need a holiday in order to do some of these things. What’s so special about going out with your lover on the 14th as opposed to going on the 13th or 16th? Relationships based around pandering to holidays sounds rather sketchy. However, despite this obvious glaring flaw, people will bend over backward to celebrate any holiday they can. According to TCPalm, the average Valentine’s Day consumer spends up to $196 on gifts for their beloved. “The holiday alone is expected to bring in $27.4 billion,” stated the article, with candy sales being 52% of the purchases. Cards follow closely behind at 43%.

The costs alone are extremely high, showcasing the fact that companies profit majorly after having a semi-pointless holiday every year. Gender stereotypes also find that men tend to be the ones that pay “nearly three times more than women” for the event. This is coming straight out of the Christmas season as well.

If the prices alone weren’t bad enough, the amount of sheer straight-pandering that occurs is even worse. It’s almost impossible to find a homosexual couple modeling or acting for the companies that promote their Valentine’s Day services. Instead, a nuclear-family aesthetic (which should have died out years ago) plagues the media and further isolates our LGBTQ+ members.

Now, some of you might be thinking “haha, I’m single so I don’t care.” However, studies show that single people also tend to spend a lot on the holiday in order to “self-indulge” or buy gifts for their friends instead. Nobody is safe. Treating yourself isn’t a negative thing though, especially when you feel like you need to cheer yourself up or get out for a while. Still, though, this proves that companies aren’t just profiting from couples, but also from all the other single people who choose to buy comfort items/food. Remember that if you want to celebrate the holidays, don’t force yourself to spend money that you don’t have. Watching movies is almost free. Go online and talk to friends. Eat ramen while crying about how the later seasons of Glee derailed horribly. Just make sure you’re staying within your financial budget while you’re enjoying yourself.

Finally, I would like to say that while it isn’t bad to celebrate Valentine’s Day, especially if it makes you personally happy, make sure your relationship isn’t built around the foundation of needing a holiday in order to hang out with your partner. Don’t let capitalism tell you when you can or can’t buy chocolate for them. Just buy it. Too scared to ask someone out and need a moment of romantic tension? Stop trying to live in a cliché romance movie and wait for the time that feels right rather than a holiday. Want to go on a date but it’s only the 13th? Go for it as long as you’re both free. The date only matters if you’re both having fun and are doing what you guys want to do rather than trying to copy what society says you should do.