Trojans Set to Play in Glenwood

The football game planed to be held in the newly renovated Trojan Bowl has been moved to Glenwood. 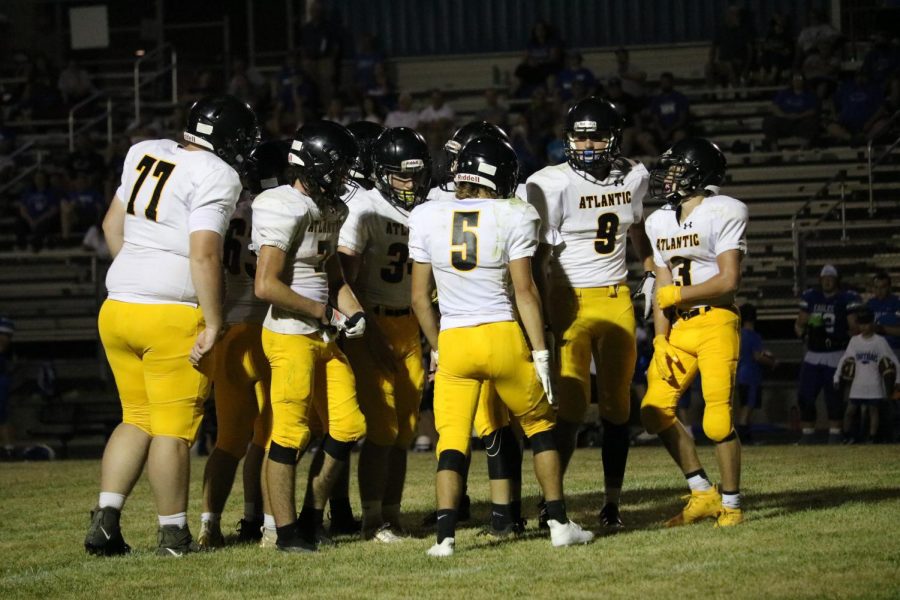 The Trojans huddle in during the game against Underwood to devise a plan. The boys will play the Cardinals in Glenwood on Sept. 18.

The home football game set for Sept. 18 against the Clarinda Cardinals has been moved to Glenwood due to the incompletion of the Trojan Bowl. Face coverings will be required for all students and are expected for spectators while moving around. The bleachers will be marked with tape to show social distancing. A six-foot gap will also be required between families waiting in line.

Tickets will be purchased at the gate for $5. Activity passes will be accepted as if it was a home game. The concession stand will be open and is asking for exact change if possible. Social distancing will also be enforced while purchasing concessions.

Because the football game is no longer being held in Atlantic, senior night will be held at the next home game.