The Atlantic swim team has been training since August for the new season and upcoming competition. 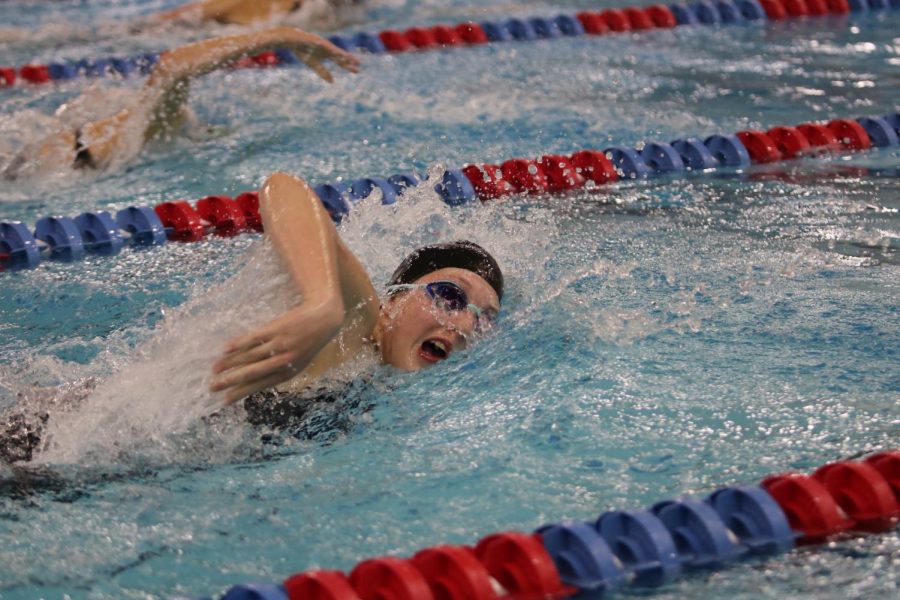 The girls swim team has already returned to the pool and started training for the 2020-2021 school year. Both new and old swimmers join for competition this season.

Practice for the trojan swimmers began Aug. 12. The first week consisted of practice once a day, while the following week started practice twice a day. The girls also started weight training again to prepare for the season.

The team lost four seniors from the previous year but gained two freshmen and three sophomores. This year, the two seniors on the team are Bryer Rose and Dazia Sorensen.

Last year, two seniors qualified for individual events, and the team qualified for two relays at the state meet. Atlantic finished in 17th place at state.

According to Sorensen, the future of all meets is still somewhat uncertain due to COVID-19 regulations with other schools. Still, the team’s main focus is on what’s important to them, and that is swimming. “The overall goal for swim team is to drop time on races,” and for the new girls, “to find the races that fit them,” said Sorensen. Also throughout the season, the girls will be working to get their race times down for state qualifications.

The swim team’s first competition of the season will be next week, Sept. 15, at Abraham Lincoln high school.