A look into the new game catching people's attention. 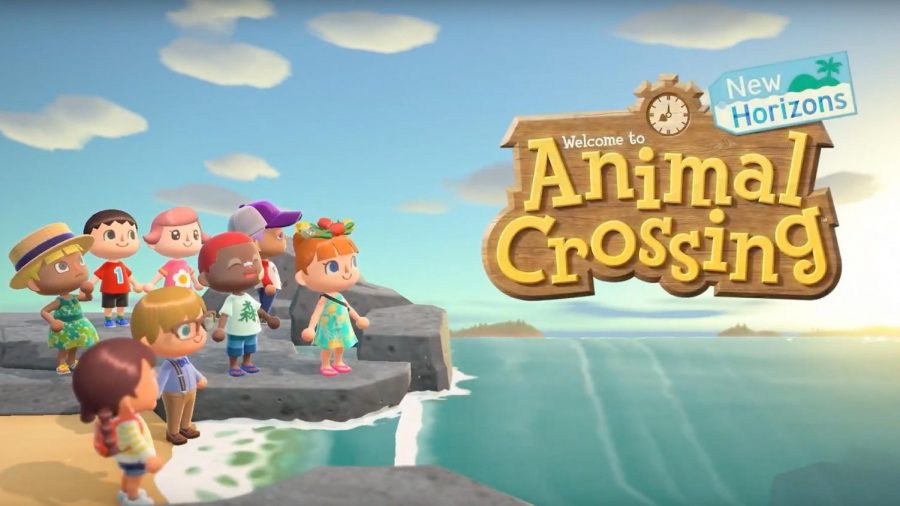 Animal Crossing: New Horizon for Nintendo Switch is catching people's attention while they are home. Many students have found themselves trying out the new game.

Yeah sure, this pandemic cancelled our summer plans and vacations, but what if I told you there is a way to digitally escape to a relaxing getaway on a tropical island with a bunch of friendly locals? Look no further than “Animal Crossing: New Horizons.” “New Horizons” has been available on the Nintendo Switch since Friday, March 20. This life-simulation game allows players to live their tropical vacation dreams along with villagers who are, in fact, animals. This game has to be one of the best stress relievers during these hard and trying times.

At the start of the game, players are able to fully customize their own character and choose the preset of their very own island. The player is then flown to their deserted island along with two friendly villagers and Tom Nook, who is the leader of the island and will give tasks to complete at the player’s own pace.

In “New Horizons,” players can craft tools to help them catch the many kinds of fish and bugs around your island. The kinds of creatures that roam the island will diversify every month, making every day a fresh and exciting one. Players can donate their creatures to the museum, which can be built a couple days after the game begins. Players can also collect an array of fossils and works of art, which can also be donated to the museum. More leisure activities include growing a garden, flying to other distant islands, conversing with residents, and terraforming the island.

The downside of this game is a lot of the activities presented in “New Horizons” can come up as time-consuming and tedious. It almost feels like what I’m doing in the game is a chore more than enjoyment. A lot of it is due to the fact the players has to do a lot of crafting, which definitely takes longer than it should. Players have to go through loading screen after loading screen and animation after animation just to make more than one item at a time.

Another problem about the game is how unrealistic the villagers are. Yes, they are animals which is definitely weird, but it’s the social element. All of the villagers have these unique personalities, but they are “too nice.” They all seem to absolutely adore you after talking to you after the first time. I’d compare them all to that one annoying classmate who won’t get off your back no matter what you say to them. I know every one of us knows that person. But I wouldn’t say that the villagers are a nuisance, in fact they are very charming and fun. There are almost 400 of them, each being a certain type of animal and having their own interests. The over-friendliness just doesn’t feel realistic. I’d like to have a growing relationship with my residents instead of them worshipping me as soon as I step foot on the island. This could be so much easier with a small update for the game, but at the moment, it lies as a protruding problem.

“Animal Crossing” is the best at what it advertises itself to be. It’s a very relaxing experience after a long day just to talk to some cute villagers with charming dialogue. My favorite thing about the game is the collection of items. There are so many kinds of fish, insects, fossils, and artwork to collect and donate to the museum for it to be shown off in an exhibit. What this game does best is the personalization. Players can make their island into any shape they want, thanks to the new terraforming feature in “New Horizons.”

Along with this, players can decorate their island with so many different kinds of items to make it unique. The amount of customization options in “New Horizons” blows the other games of the series out of the water. Not only can players customize their character, they can get creative with their housing decor. There are a plethora of kinds of furniture and decor players can put in their house. One of the new features in this game is the ability to craft your own furniture with DIY recipes, which the previous games didn’t have before. That’s just what’s so amazing about this game. The amount of creativity is endless.

Overall, “Animal Crossing: New Horizons” is a great game to unwind with without having to do much to get enjoyment out of the game. It’s a game you can come back to every day with something new. Although the crafting system of the game is tedious and may intimidate you, your island can be designed to your fitting along with your cute animal residents. The sense of progression in this game will leave you satisfied after every day you play it.

I’d give “Animal Crossing: New Horizons” a four out of five.