In Hawkeye 10 action, the boys basketball team played the Cyclones. 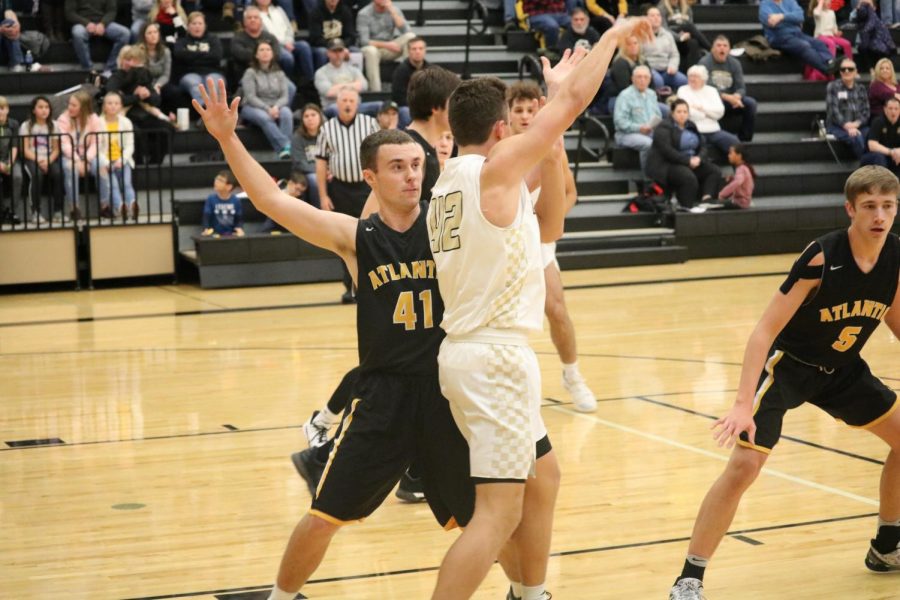 For the second Monday in a row, the Atlantic boys basketball team took on Harlan. This week’s contest was played in Atlantic.

Upon arrival in Trojan territory, the Cyclones were 14-5. The Trojans’ record was 8-11. In their previous meeting, Atlantic came up short after the Cyclones dominated the opening minutes of the contest. Looking to reverse the 71-41 loss, the boys took the court.

In the first quarter, Atlantic played strong defense. At the end of one, the opposition was ahead, 15-7. The boys were held to five points in the second frame, putting them at a 17-point disadvantage at the break.

Atlantic started the second half with bang. The team put up 20 points and began their comeback attempt in the third quarter, chopping Harlan’s lead to 12 points. However, the Cyclones didn’t stutter, and limited Atlantic to eight points in the final moments. Atlantic lost to Harlan for the second time this season, 57-40.

Templeton scored 15 points on Monday night. The team out-rebounded their challengers with 23. Petersen led the team in boards with seven.

This was the last home game for the boys this season.

Next up for Atlantic boys basketball is a brawl with Denison-Schleswig on Thursday, Feb. 20.