Trojan Teams Go Even On the Road 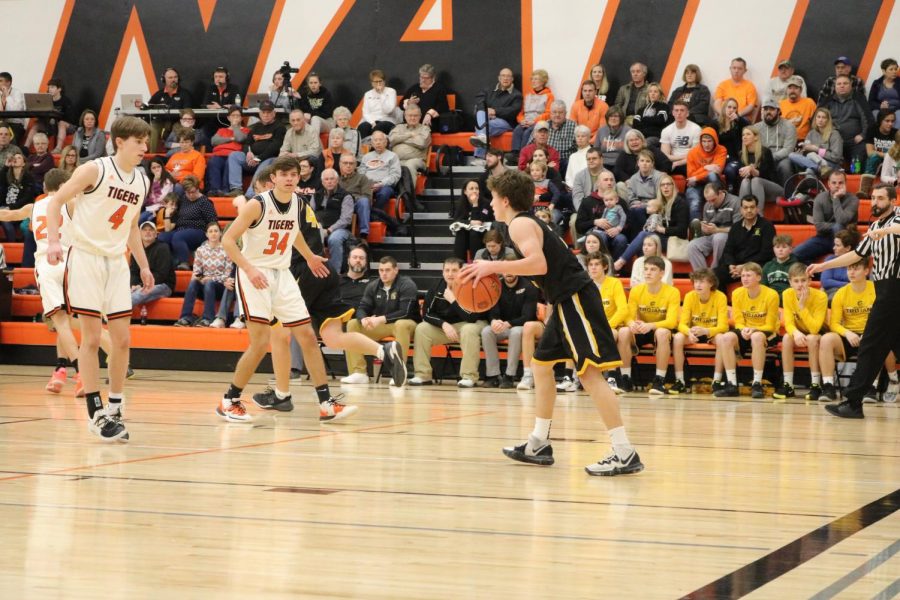 The Trojan basketball teams competed in Red Oak on Tuesday, Feb. 4. This was the second time Atlantic faced Red Oak this season.

The Atlantic girls were 8-10 when they arrived in Tiger territory. The girls were on a three-game losing streak. The #8 Tigers were 14-3 and coming off a big win over the Clarinda Cardinals. In the Hawkeye 10 standings, Red Oak was second amongst the 11 teams. In their last meeting, Atlantic came up short 56-41 at home.

In the first quarter, Atlantic started strong and went toe to toe with the Tigers. In the second, the momentum shifted in favor of Red Oak. Atlantic was down 31-14 at the half.

The Trojans put up 12 points out of the locker room, but Red Oak pulled away, tacking on 20 points in the third quarter. Atlantic was unable to let loose on offense due to the strong defense put up by Red Oak, resulting in a 66-31 loss.

Junior Taylor McCreedy was the leading scorer for Atlantic, netting ten points in the contest.

On the guys’ side of things, the Trojans were 6-8. They were on a two-game losing streak and looking to get back into the win column. Red Oak’s record was 4-11. They were coming off a thrilling, 57-56 win over Clarinda. The boys were going for the season sweep against Red Oak, as they were victorious in their last matchup, 64-52.

Atlantic got off to a quick start, positioning themselves in the lead at the end of one, 11-3. The boys held the lead at halftime, 28-18.

The Trojans began the second half with a bang, splashing in 20 points. Atlantic used a strong rebounding game to keep their possessions alive. The boys were up by 19 points heading into the final eight minutes. Atlantic didn’t let up, once again outscoring their opponents. The team coasted to the win, 63-40. The victory pulled Atlantic one game below .500, making their record 7-8.

Next up for Trojan basketball is a home contest against Denison-Schleswig on Friday, Feb. 7.