In a dual on Monday, Jan. 13, the Trojans came up short in the water. 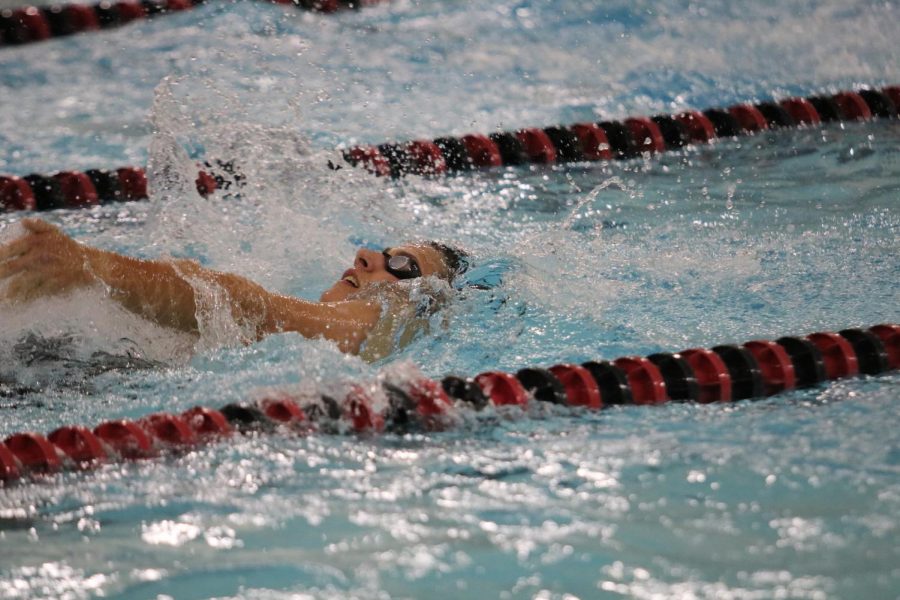 Senior Cole Sampson does the backstroke at a home meet. On Monday, Sampson was a part of the two winning relay teams.

The boys swim team was back in action on Monday, Jan. 13 as they took on Lewis Central in a dual. The boys made the road trip to Council Bluffs, where they were outscored, 105-58. Lewis Central won the dual, but the Atlantic boys took the top spot in five events.

Sophomore Bryan York got it done in two individual events. He posted the best time in the 200 and 500-yard freestyles. Also earning a victory in an individual event was sophomore Drew Engler. He was the first-place finisher in the 100-yard breaststroke.

Two Trojan relays finished in the top spot as well. The 200-yard freestyle relay team consisted of York, sophomores Brayden Atkinson and Alex Sampson, and senior Cole Sampson. The squad touched the wall with a time of 1:44.95, earning first place. The same group of guys competed in the 400-yard freestyle relay, also reigning victorious. They swam the event in 3:51.63.

Next up for the Trojan swim team is a dual with Council Bluffs Abraham Lincoln. The Trojans will host the Lynx on Thursday, Jan. 16 at the Nishna Valley YMCA.