As second semester kicked off, so did a crack down on Academic Opportunity time. 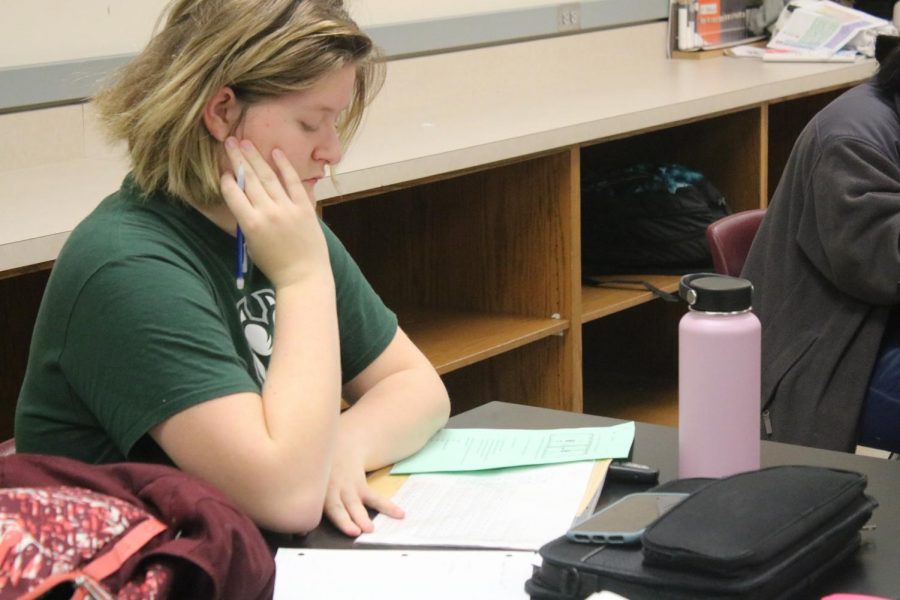 Junior Reagan Watson studies for chemistry during AO time. Many students use the assigned slot of time to ask questions in classes they need help in.

Atlantic High School has a period of time between the second and third periods that allows students to get extra help, study for a class, or to take a brain break. This period of time is called AO, short for Academic Opportunity.

Last semester, principal Heather McKay said the amount of students with failing grades increased instead of decreased because students weren’t using AO the way it was intended. Students would use this time to mess around and walk the halls. They would also not attend the correct AO. McKay said, “Kids were not using AO properly because they were given too much freedom. It got too loose.”

Now, if a student is caught in the wrong AO, or doing laps around the school, they will receive two periods of ISS to be served the day following the offense.

Sophomore Jakob Whetstone said, “I have gone to math and Spanish AO’s that help me with those classes.” Whetstone said the new strict AO rules don’t bother him because he has always followed them. Sophomore Kenzie Hoffman does not like the changes to AO. She says they’ve gotten too strict about it. She said, “It’s supposed to be laid back.” Last semester, Hoffman used the time to study for Spanish. Sometimes she makes up weights classes or retakes a test. She likes the idea of AO and thinks it helps kids who need help for specific classes.