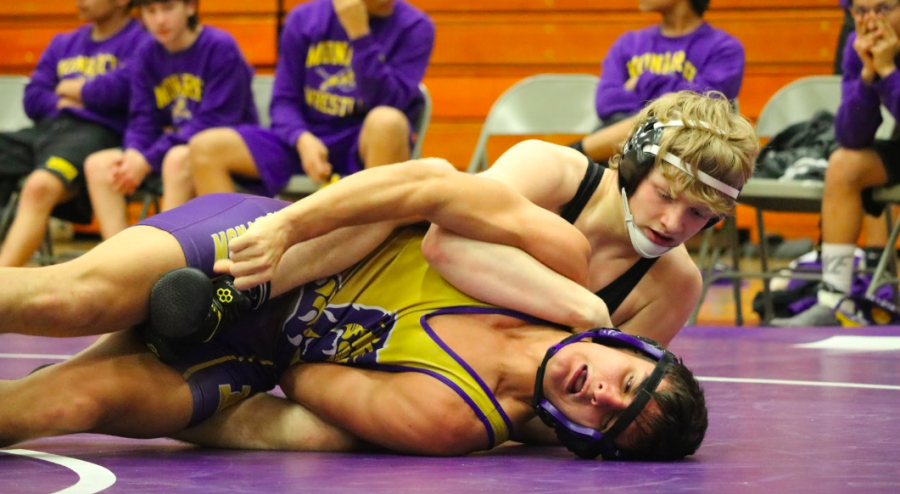 The Atlantic-CAM wrestlers began the downhill stretch of the season this week at home. On Tuesday, Jan. 7 the Trojans took on Logan Magnolia, OA-BCIG, and Woodbine in a quadrangular meet.

Junior Joe Weaver was honored with his 100th career victory.

On Thursday night, the Trojans traveled to Denison and were 1-1 in Hawkeye Ten action. The team lost to Harlan and picked up a win over Denison-Schleswig. The final scores of the triangular were Harlan over Atlantic-CAM 42-30, and the Trojans over the Monarchs 53-28. Double winners on the night for Atlantic-CAM included freshman Easton O’Brien, sophomore Kadin Stutzman, junior Joe Weaver, and seniors Aybren Moore and Cale Roller.

The Trojans will be hosting the Rollin Dyer Tournament at home on Saturday, Jan. 11 starting at 10 a.m.