The Story Behind Game Club

There's a new club at AHS. 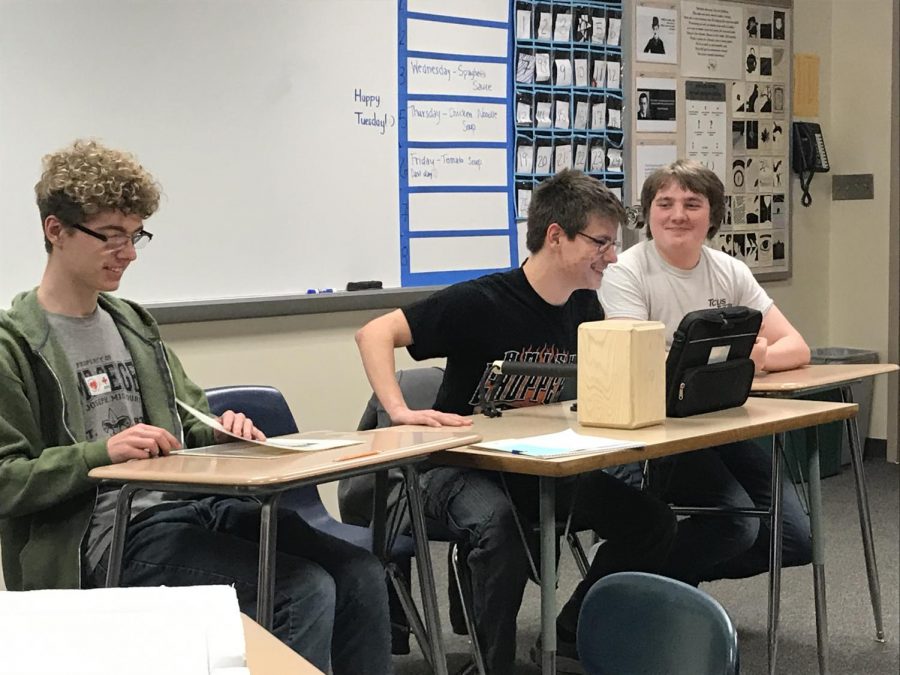 Freshman Weston Hoover sits next to two of game club's founders, juniors Devlyne Sunderman and Lane Muell. AHS' newest addition had been brewing since May 2019.

Though game club is a new addition to AHS, its been in the making since May last year.

At the activities fair last year, juniors Lane Muell, Xavier Stufflebeam and Devlyne Sunderman decided to try to start an E-Sports Club, where students could compete in video games.

Over summer break, the boys collected signatures to show support for the club. Sunderman kept in touch with Muell and Stufflebeam as he shaped the idea of the club in his mind. Gradually, the idea changed and evolved. The idea shifted from a competitive gaming club to a more grandiose vision. They wanted to create a place where students who did not really care much for sports could get more involved with school activities. Sunderman wanted a place where people could relax and enjoy themselves, while having something fun and interesting at their fingertips. The idea for the club had successfully been transplanted to suit all sorts of games.

At the start of the 2019-20 school year, the focus once again shifted. The idea was put into action as Sunderman needed to find a teacher to oversee the club, and a room to meet in. English teacher Alex Bales agreed to advise the club. Next Sunderman talked with Principal Heather McKay and Activity Director Andrew Mitchell to get permission to host the club at the school. From there on, Mitchell spoke with the school board.

As Bales was in charge of both the fall play and speech and debate, he was extremely busy. This led to Sunderman seeking out another teacher to take the club on. The search ended with English teacher Randall Simpson.

Though only a junior, Sunderman has realized this will be his legacy. Future high schoolers will be able to participate and enjoy spending after school time playing card, board, and video games.