Behind the Mask of “Majora’s Mask”

Warning, there will be spoilers. 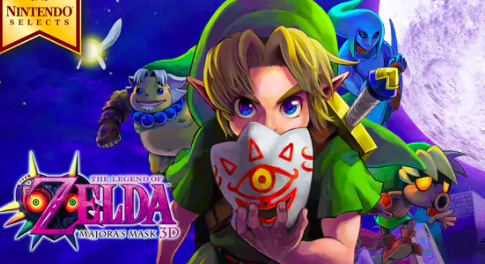 "Majora's Mask" is part of the popular series "Legend of Zelda."

One of Nintendo’s most popular action-adventure series is the “Legend of Zelda” franchise. Each installment to the series skips around in the timeline, forming a confusing mess of plotlines. The “Legend of Zelda: Majora’s Mask” is one of many in this developing franchise. Released in 2000, it’s the sixth game released for the “Legend of Zelda” (following Ocarina of Time.) It was originally played on the Nintendo 64 console, and was the second “Legend of Zelda” game to use 3D graphics. Later on, the game would be altered in order to be played on the Wii, Wii U, and Gamecube. Finally, in 2015 it underwent a rework (titled “Majora’s Mask 3D”) that slightly upgraded the graphics and imported it onto the 2DS and 3DS consoles.

The game focuses on Link as he visits Termina in order to meet an old friend. On his way there, however, he’s stopped by a trickster, named Skull Kid, and two fairies. They decide to swipe Link’s Ocarina of Time, given by Princess Zelda, and his horse Epona. After a quick intro confrontation with Skull Kid, Link manages to get his Ocarina of Time back and revert the flow of time to three days beforehand. Skull Kid, wearing the all-dangerous and powerful Majora’s Mask, has decided to destroy Termina by bringing down the moon. The entire game centers around the looming danger of the moon falling within three days, requiring the player to constantly revert time in order to stall the inevitable. No matter what you do, you’ll never be able to save or help everyone due to your constant need to go back in time. 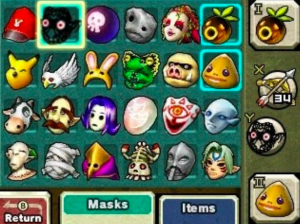 NintendoThe game harbors many masks that are required to either transform Link or give him a necessary buff in order to progress through sections of the game. The player won’t need all of the masks to beat the game, since some are only given as side quest rewards. Collecting all of the masks requires the player to turn back time in order to get the specific day and hour needed to get specific ones.

I find this game to be deep and disturbing in meaning, which is rather jarring for such a popular franchise. It’s extremely interesting and refreshing to see all the underlying tones and ominous feeling that occurs when playing. There’s the dying Zora (one of the fish humanoids) who you must drag to shore and heal with a specific melody. A Goron’s Ghost, requesting you to heal his lost soul. The other major transformative mask, the Deku Mask, is forced upon you as Skull Kid flees. Delving deeper into the world of Termina, and you’ll discover it belongs to the Deku Butler’s deceased son. The game has many dark and deep aspects to it that are usually left as overlooked side things in other installments to the franchise (such as the creepy Dead Hands in Ocarina of Time.)

One of the best things this game has to offer, other than its lore, is the music. The music is outstanding, especially the remade versions created by the company Theophany. I especially find “Clock Town” to be my favorite of the tracks. This game does have the minor downside of being rather old, meaning the graphics are dull and the gameplay can be finicky at times. Still, with the technology they had at the time, and the rework in 2015, I find this game to be one of the best I’ve played. Still, the puzzles can be challenging, and it’s a chore to collect every single mask due to the specific time requirements you must meet. Luckily, you won’t need every mask to complete the game.

Since it is part of a popular franchise, it’s not hard to find similar games. If you’re in it for the adventure and puzzle aspect, then other installments of the “Legend of Zelda” series might work best. However, most don’t share the deep and dark lore that “Majora’s Mask” captures. “Darksiders” is another action-adventure video game, in which you are one of the Four Horsemen of the Apocalypse. It’s based around the war between Angels and Demons with humanity caught in the middle, as you desperately try to prove your innocence to the Charred Council. It has a lot of puzzles and hack-and-slash adventure for people wanting to get more into that side of the game.