The Atlantic team rang in the season with a fifth-place finish. 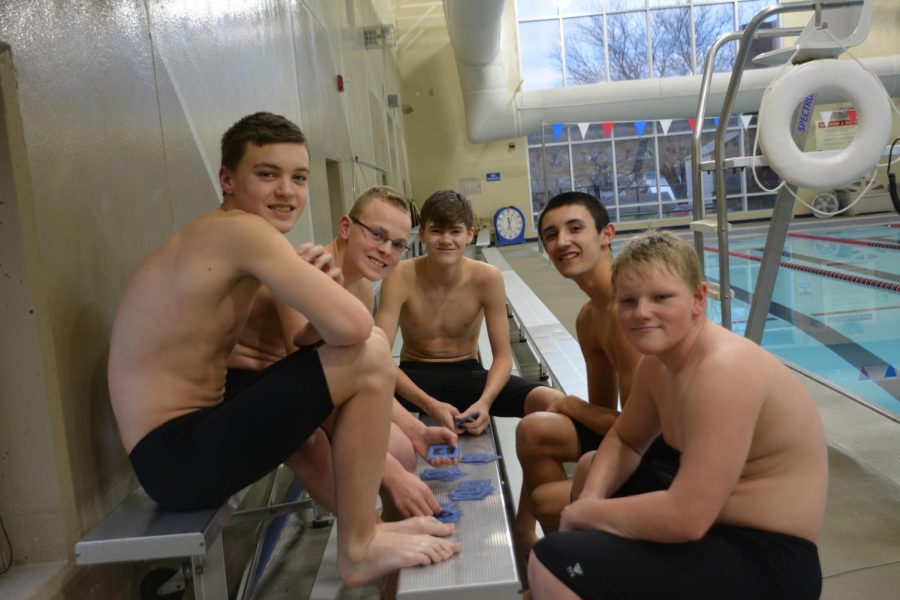 The sophomore boys gather around to play a game of cards at a meet. The class of 2022 makes up the majority of the young Atlantic team.

The boys high-school swimming season began on Saturday, Dec. 7 in Boone. Atlantic competed in a field of six teams at the meet, earning fifth.

This year, the squad has seven members. Cole Sampson is the lone senior. Junior Devlyne Sunderman joined the team, competing in his first season of swimming. The rest of the lineup is rounded out by sophomores–Drew Engler, Bryce Schmidtke, Brayden Atkinson, Alex Sampson, and Bryan York.

In team scoring, Marshalltown took the top spot with 69 points. The home team was second with 45, edging Carroll, who had 44. Williamsburg came in fourth with 26 points, followed by Atlantic with 21 points. Fort Dodge rounded out the competition with 19 points.

Next up for the boys is a home triangular against Sioux City North and South Sioux City on Thursday, Dec. 12 at the Nishna Valley YMCA.