The Trojans lose a heartbreaker after they were outscored 24-6 in the fourth quarter. 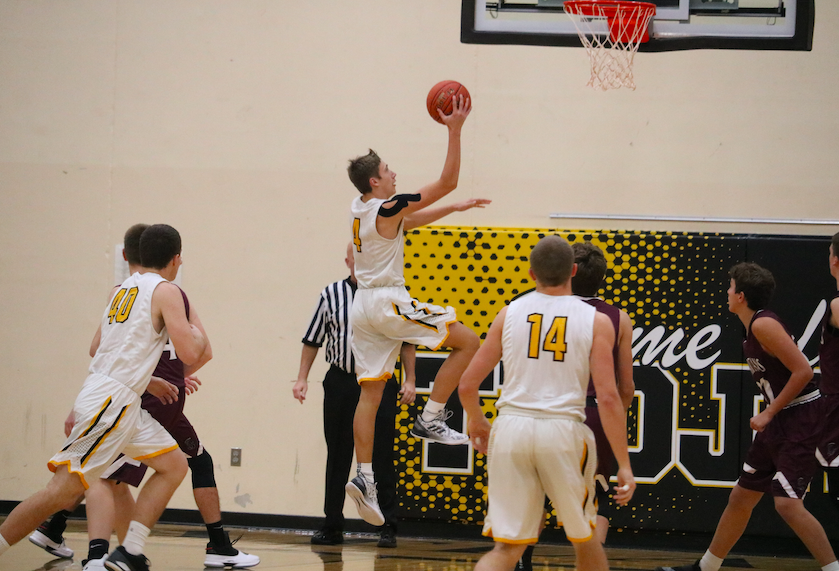 Skyler Handlos goes for a layup. He led all scorers on Tuesday, with 29 points.

The Trojans lost their first game of the season to the Creston Panthers on Tuesday night. The Trojans were looking to get the season off to a good start. However, the Panthers had other plans.

The Trojans were outscored 17-12 in the first quarter of the game. Atlantic fought back and ended up going into halftime with a 32-25 lead. The Trojans would score 20 points in the second quarter, while Creston would only score eight.

The Trojans were led by junior Skyler Handlos with 29 points. The Panthers were led by Brance Baker with 16 points.

The Trojans will play the Glenwood Rams for their first test on the road this season. The game is Friday, Dec. 6. Tip off is scheduled for 7:30 p.m., after the girls’ varsity game.