Loneliness and Its Effects

All across the country, loneliness has a grip on all types of people. 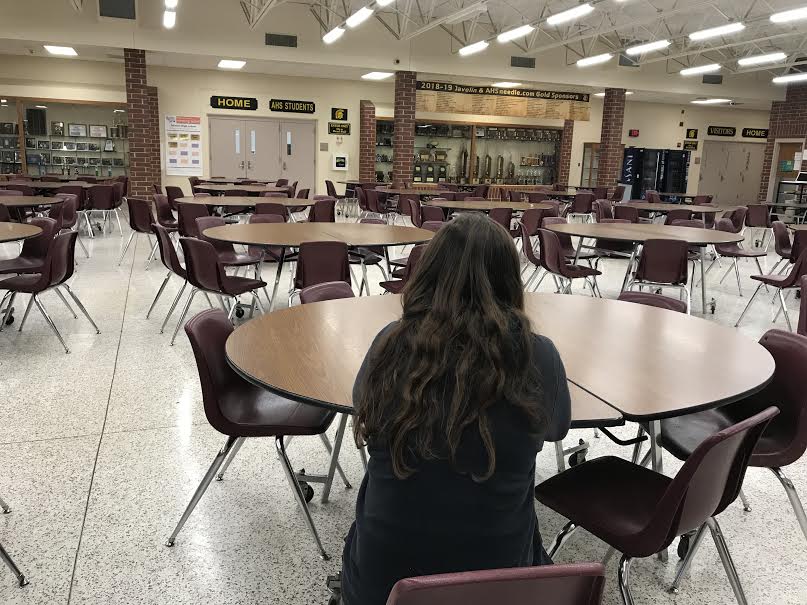 Isolation can cause loneliness, whether it is by force or choice. Forty-three percent of adults report feelings of loneliness.

Lonely is an adjective. “Sad because one has no friends or company” is its definition. It’s also a feeling that can persist and cause other health concerns.

There are many causes to loneliness, but all revolve around some sort of disconnect. While one doesn’t have to be by themselves to feel lonely, that is often the case. Individuals who spend time alone–usually due to schedule conflicts, distance issues, and fear of rejection–tend to develop feelings of loneliness. Disconnects can happen in groups too, especially in situations individuals may see as compromising. Sophomore Ava Bruckner said she feels lonely “when I am in a big group of people” because she fears “no one wants me there.” Similarly, junior Bryer Rose said she feels lonely in math class when others know how to do the assignment and she doesn’t.

There are three kinds of loneliness, according to the Crisis Text Line. Situational loneliness is when life changes occur, leaving an individual feeling isolated. Examples include moving to a new school or having a busy schedule. Internal loneliness is when an individual is with their friends, but they feel a social disconnect from them. In many cases, things just aren’t the same way they used to be. This is usually caused by an individual believing they are always alone, in every single situation. Developmental loneliness is the type most experienced by teenagers. In this kind of loneliness, it appears everyone else is doing just fine, with or without the individual. With social media, posts showing a grinning group of friends might promote loneliness as the individual is seeing the event from behind a screen, rather than being there in person. As teenagers are always on their phones, updating their Snapchat stories and tweeting about the smallest things, it’s easy for peers to get the feeling of being left out. Bruckner said, “When people purposely leave me out,” in regards to her loneliness.

While loneliness is caused by isolation, whether it be physically, socially, or mentally, this condition can push other health problems to occur. Persistent loneliness can wreck immune systems, cause laziness due to lack of interest, and promote feelings of hopelessness, anxiety, and depression. As these other conditions develop, it makes it tougher for affected people to socialize, creating a vicious cycle.

Curing loneliness can happen quickly. It may also take some time. “Listen to good jams,” is Rose’s advice to the lonely. The Crisis Text Line recommends lonely individuals should reach out to friends and family. Instead of waiting around for them to reach out, make the first move. It is also recommended to get out of the house, and speak to people seen on the day-to-day. Junior Jenna Pelzer said when she feels lonely, she goes out and doesn’t feel sorry for herself. Finding a new group to hang out with is another way to battle the blues. Finally, adopting a pet is another way to combat loneliness.

According to Harvard Medicine, 43% of adults have reported feelings of loneliness. With social media playing a huge role in many people’s daily life, feelings of loneliness are almost certain to occur at some point. Knowing how to bounce back from feelings of sadness related to lack of company is essential. Pelzer said, “Don’t think about it.”