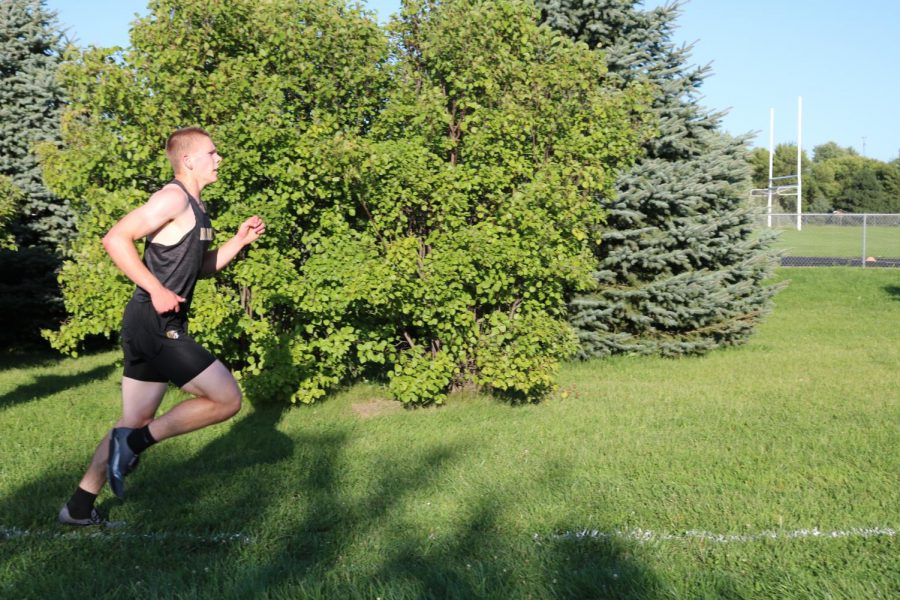 Junior Craig Alan Becker speeds by during the time trials at the beginning of the season. Becker finished fourth on Monday.

On Monday, Sept. 16, both of the Trojan cross country teams had a big opportunity to compete against some of the top-ranked teams in the state.

Of the class B girls teams, the girls placed second with two runners in the top ten. Freshman Ava Rush finished 6th with a time of 21:19.05, and junior Madison Botos finished 10th with a time of 22:33.3. The girls had a total score of 81. First place was North Polk with a score of 77. The girls also finished fifth overall.

The teams’ next meet will be on Saturday, Sept. 21 at Carroll Swan Lake. The host team is Kuemper Catholic.