One hundred twenty-five years later, Trojan football remains a tradition for people around the community. 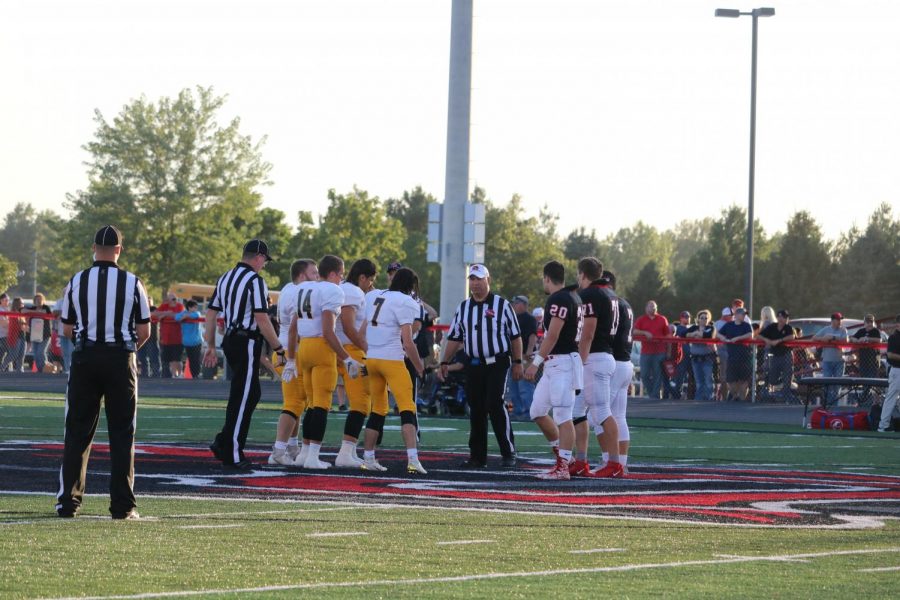 The 2019 football captains head to midfield for the coin toss against Creston. The captains are seniors Sage Archibald, Cale Roller, and Tyler Moen, and junior Colin Mullenix.

The Atlantic Trojans are celebrating 125 years of football this year. The tradition all started in 1894, when Atlantic played the Red Oak Tigers. The teams met in Griswold. The players would end up riding on trains to the game, because it was their only mode of transportation. This meant that a lot of the fans would ride the trains too, so that they could go to the game. The teams met on a Saturday in November. However, the Trojans would end up losing the game 42-0. This was the start of Trojan football.

The Trojans have had many memories throughout their football history, but the most notable would be winning the state championship in 2002. The Trojans have won countless conference titles since the beginning, but they only have one state championship under their belt. The Trojans are looking to get back to the promised land. Atlantic is going to recognize the class of 1965 team–a group that went undefeated throughout their high school years–against the Harlan Cyclones this Friday at the game.

There have been so many memories and stories that could be shared about Trojan football, but there will be many more memories to come as the years go by.