Girls' soccer is defeated by St. Albert's but triumph against Harlan. 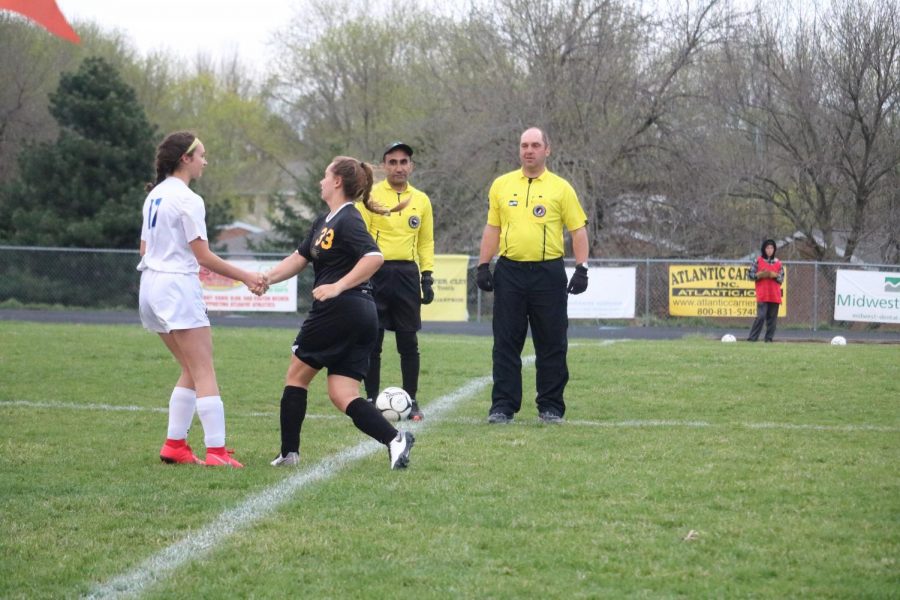 Sophomore Tatum Grubbs shakes hands with a member of the other team.

Swoosh! That’s the sound of the ball that went into the net for the second time during the St. Albert’s game on Tuesday, April 23. The girls fell to St. Albert’s 9-3 but this was the first time in school history that they had scored more than one goal on the Catholic team.

Their next game will be Tuesday, April 30 against AHSTW at home.