Girls' golf falls to Creston but bounces back against Kuemper and Denison later on in the week. 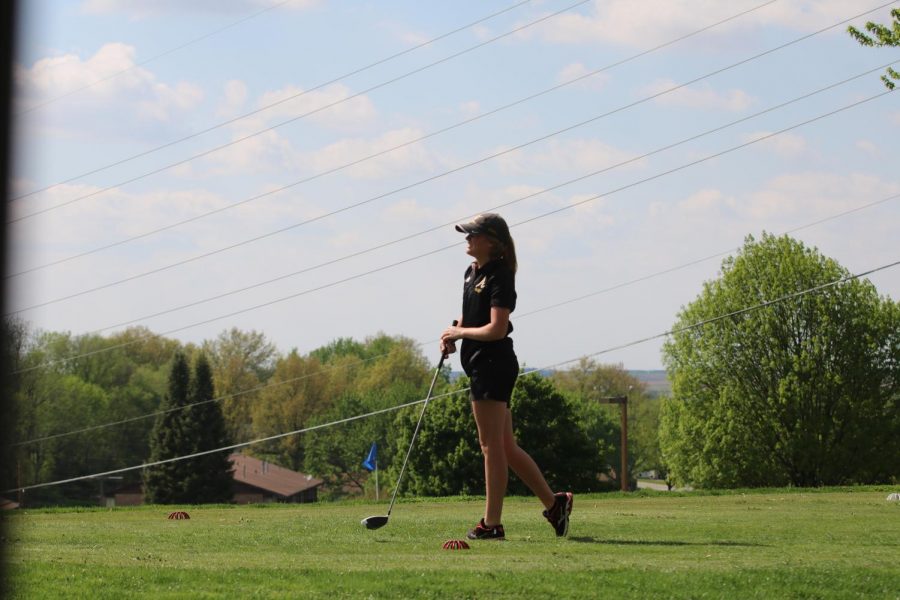 Senior Baylee Newell watches her drive from the tee off spot. Newell was a medalist at Denison-Schleswig with a score of 43.

The girls’ golf team had their first meet on Thursday, April 4. They fell to Creston 210-188. Senior Alyssa Ginther golfed a 41, senior Baylee Newell golfed a 45, and senior Hannah Alff golfed a 61. The sophomore duo of Lauren Nicholas and Anna Wieser each golfed a 63. At the end of the lineup, junior Belle Wickman finished her day with a 67.

“We weren’t focused on our individual game like we should have,” head coach Kathy Hobson noted. “I look to improve that as we play more.”

The Trojan girls golfed again on Monday, April 8 in Carroll against Kuemper Catholic and Denison-Schleswig. Atlantic came in first with a team score of 204, followed by Kuemper with 210, and Denison bringing up the rear with 247. Newell was the medalist with a score of 43. Ginther golfed a 53, Wieser and Nicholas both golfed 54, and Alff golfed a 57.

Their next meet will be Tuesday, April 9 at the Atlantic Golf and Country Club against Glenwood.