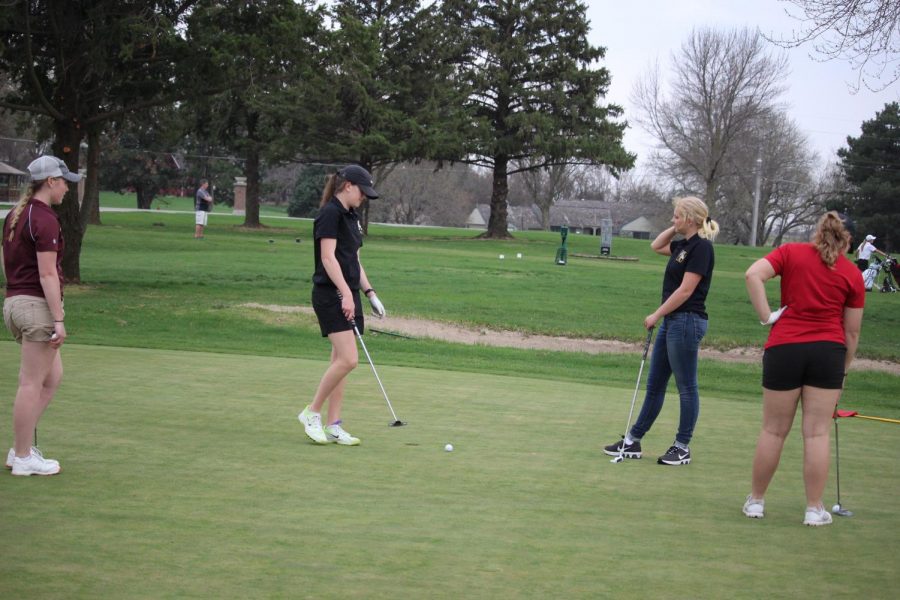 BACK AT IT -- Sophomore Anna Wieser takes part in a golf meet at Atlantic Golf and Country Club last year. Last year, Wieser was a member of the varsity golf squad and is expected to maintain that position again this year.

The AHS Girls’ Golf team has officially teed off the season with practice starting on March 11. They held meetings to discuss the rules of golf.

Junior Belle Wickman said she is looking forward to having a larger team as they have eight girls going out. Wickman has been involved in golf since her freshman year. Her favorite thing about golf is though it’s a very quiet and mental game, golf can be fun when played with the right people. “My main goal is just to improve my game and reduce the number of strokes I have in game,” Wickman said. She hopes the entire team will make it to state as they have in years prior.

Head coach and science teacher Kathy Hobson said she is looking forward to “nice weather” and for the girls to improve on a sport that they can play their entire lives. “Our goal this year is to be good representatives of Atlantic High School,” Hobson said.