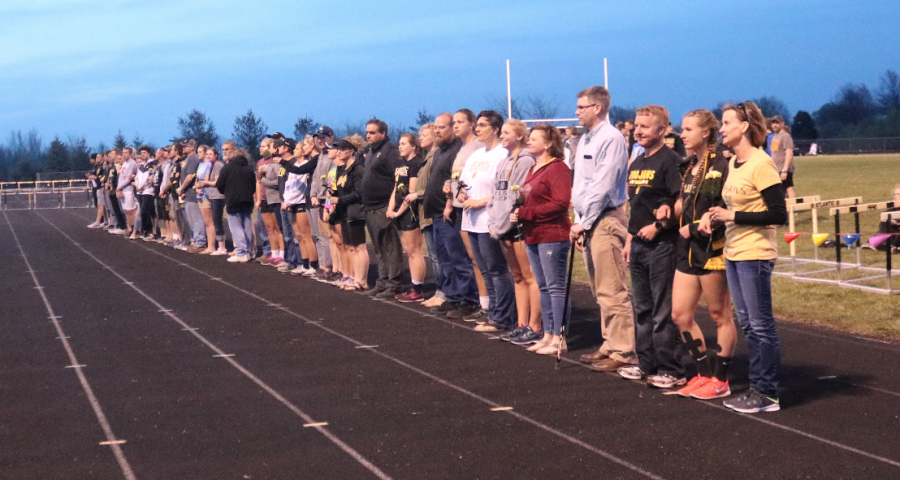 On Monday, April 30, the girls’ and boys’ track teams competed at home for the Trojan Relays. The boys won with 144 points and the girls placed 2nd with 95 points.

Trojan Track & Field seniors were honored last night.  There was a total of 15 seniors being honored, seven boys and eight girls.

The boys won several events last night coming off an impressive weekend at the Drake Relays.  Senior Gratt Reed won the 400m hurdles and the 110m hurdles. Junior Chase Mullenix won the 800m with a time of 2:00, senior Jaxson Eden finished the 1600m in 4:50, placing first and sophomore Spencer Ray won high jump with a hight of 5-10. The duo of junior Jalen Petersen and sophomore Bradley Dennis went 1-2 in the 3200m.  The boys were also able to earn first-place finishes in the 4×200, 4×800, Sprint Medley, and Distance Medley.

The girls also turned in a good night. Freshman Taylor McCreedy won the 1500m with a time of 5:21 and also placed first in the 3000m, finishing with a time of 11:54. The 4x200m relay consisting of Jessica Hartwig, Alyssa Derby, Pluma Pross and Haley Rasmussen placed first as well, running a time of 1:52.

Both teams are back in action Thursday night at the Hawkeye 10 conference meet in Harlan.