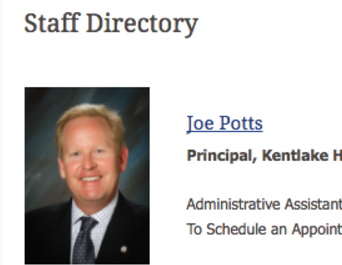 On Tuesday, Feb. 28,  the second interview of three for the new Atlantic School District superintendent was held. Dr. Joe Potts has been the principal of Kentlake High School in Washington since 2011. Prior to that he was the assistant principal from 2005-2010, curriculum and instruction director from 2006-2007, and co-director of the California State Writing and Reading Project From 1996-2005.

After touring the school, Potts said that the school functions very well, and has “strong community involvement and support.”

Three words that he chose to describe himself with are “open, flexible, and thoughtful.” His motto is to live each day to the fullest, and he would like the students and staff to know that he is dedicated, committed, and involved.